A NEW DIRECTION FOR OUR MONARCHY 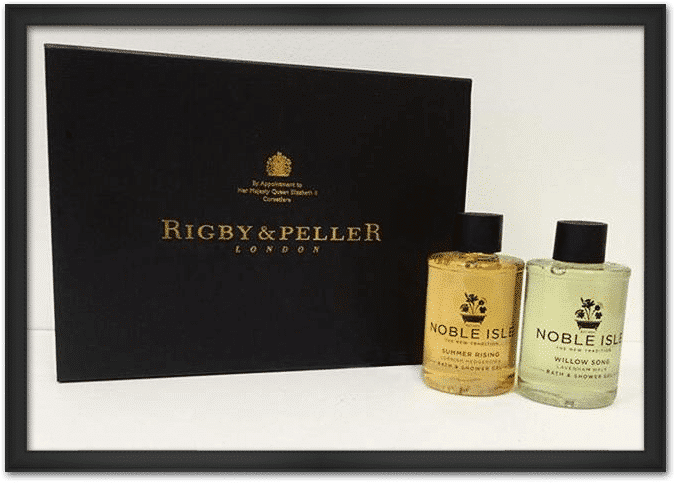 On Monday 22nd July 2013 at 4.24pm this Noble Island of ours celebrated the birth of a new noble baby, our future King George. We congratulate the Duke and Duchess of Cambridge on their birth of their son. This baby heralds a new direction for our monarchy. A new law was passed earlier this year which ended succession to the Crown based on gender. The Duke and Duchess of Cambridge’s first child would have become monarch, regardless of whether it was a boy or a girl. We love new traditions at Noble Isle and we commend the Royal family on moving with the times.

Noble Isle is already a favourite with certain younger Royals and so to celebrate this joyous occasion we have created some special Noble Isle Duo Gift Sets, each containing two 250ml products, all beautifully gift wrapped and tied up with stitched satin ribbon, plus great savings for buying two.

This month we also celebrated the start of a perfect partnership with Rigby & Peller, the Royal corsetiere and a favourite of all the ladies at Noble Isle. To celebrate the first anniversary of their Guildford and Bow Lane stores their customers received goodie bags with either a Willow Song or Summer Rising treat inside. We look forward to working with them on other projects in the coming months.