10 Interesting Facts About The Queen 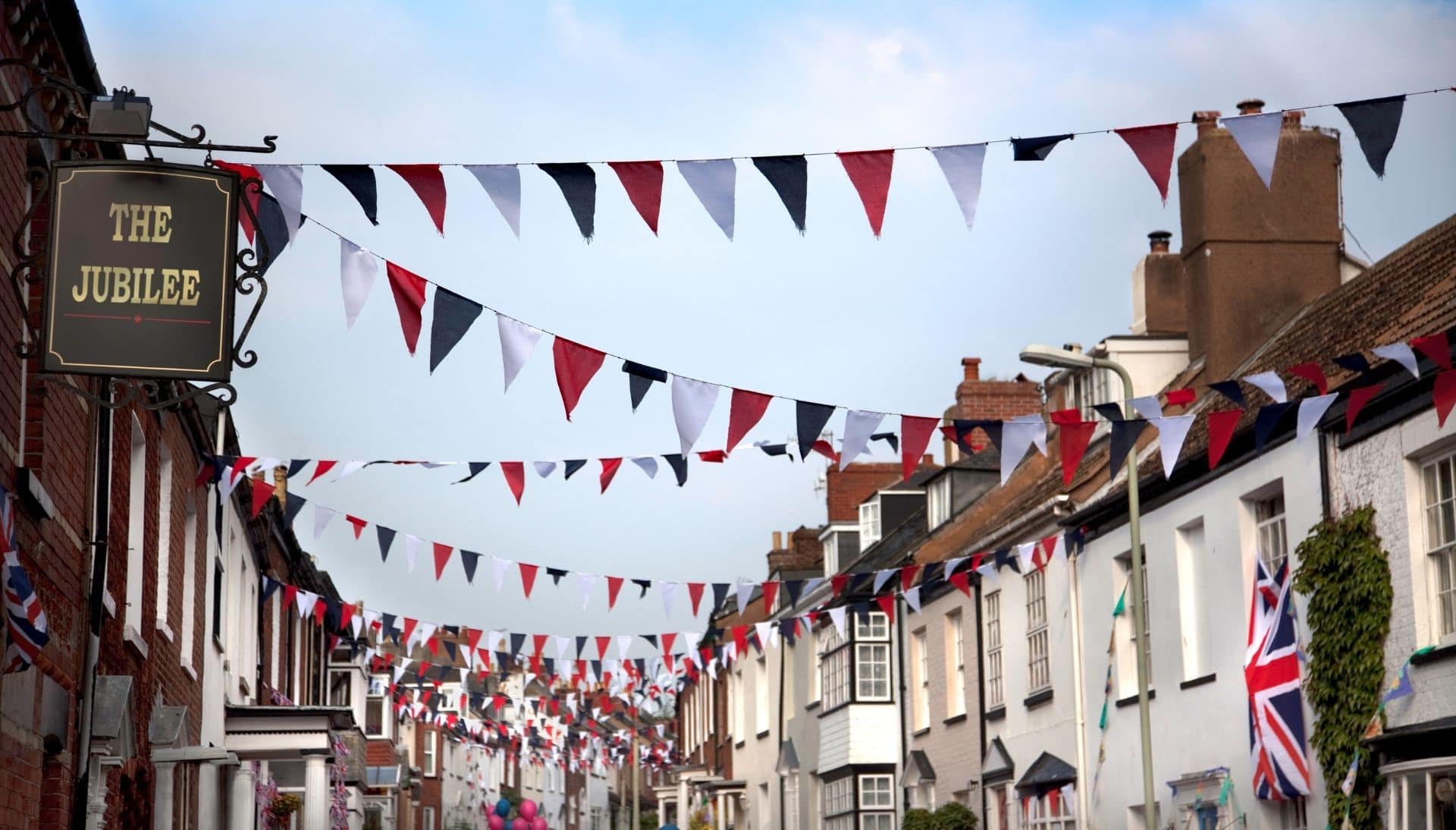 This year, Her Majesty The Queen, becomes the first British Monarch to celebrate a Platinum Jubilee which marks 70 years of service. The celebrations take place between the 2nd and 5th of June 2022. To commemorate the occasion, we’ve shared ten interesting facts about The Queen. Read on to find out more:

1. The Queen’s birthplace is now the site of Michelin-starred, modern Cantonese restaurant Hakkasan at 17 Bruton Street in Mayfair. Princess Elizabeth Alexandra Mary was born on the 21st April 1926, at the Mayfair home of her maternal grandparents, the Earl and Countess of Strathmore and Kinghorne. The house no longest exists but the site is still marked as a place of historical interest.

2. The Queen celebrates two birthdays. The first is the anniversary of the actual day she was born (21st April) but her ‘official’ birthday is on the second Saturday in June, when the ‘Trooping the Colour’ parade takes place. Celebrating the monarch’s birthday on this date was started by her father King George VI, whose birthday fell in November. He wanted a date when the weather was better to have a bigger celebration.

3. The Queen is a trained vehicle mechanic who served in the Second World War. In 1945 The Queen joined the Auxiliary Territorial Service where she learnt to drive and trained as a mechanic. She was the first female member of the Royal Family to become a full-time active member of the Armed Services.

4. The Queen doesn’t need a driving licence, a license plate or a passport. She is the only person in the UK allowed to drive without a licence. As all British passports are issued in the Queen’s name, she doesn’t need to have one. The Queen still enjoys driving and can sometimes be spotted taking herself out in her Range Rover or Jaguar.

5. The Queen met Prince Philip when she was just 8 years old. Prince Philip is the Queen’s third cousin and they share the same great-great-grandmother, Queen Victoria. As young children they attended many of the same events. They officially met in 1934 at the wedding of Princess Marina of Greece and Prince George, Duke of Kent.

6. The Queen paid for her wedding dress in ration coupons. She was given 200 coupons by the British government to buy the material needed to create her wedding dress. Her dress included a 13-foot train and over ten thousand seed pearls. It’s also reported that on her wedding day the frame of the tiara she was due to wear snapped. The Queen Mother apparently said: “We have two hours and there are other tiaras.”

7. The Queen officially owns all of the swans, whales and dolphins in UK waters. Records date back to at least the twelfth century, when the Crown claimed ownership of all of the mute swans in the country, as the birds were highly valued as a delicacy at feasts and banquets. A statute from 1324, which is still officially recognised today, states that: “Also the King shall have whales and sturgeons taken in the sea or elsewhere within the realm.”

8. The Queen has several known nicknames. She is known as ‘Gan, Gan’ to Prince George – a term that generations of Royals have used to describe their great-grandmothers. She is also known as ‘Lilibet’, which originates from when she was young and struggled to pronounce Elizabeth. Her father King George VI is quoted as saying, “Lilibet is my pride; Margaret is my joy” about his daughters. It’s also reported that Prince Philip referred to his wife as ‘Cabbage’.

9. The Queen is known for her love of dogs and has owned over 30 Welsh Corgis. Corgis are a low-set herding dog that tend to have an agreeable nature. The Queen has bred Corgi’s and even invented a new dog breed when her Corgi mated with a Dachshund that belonged to her sister Princess Margaret, creating a “Dorgi”.

10. Crowned Queen on the 2 June 1953, in front of a TV audience of 20 million people, the Queen is the longest reigning monarch ever in Great Britain. Her reign is even longer than that of her great-great-grandmother Queen Victoria.